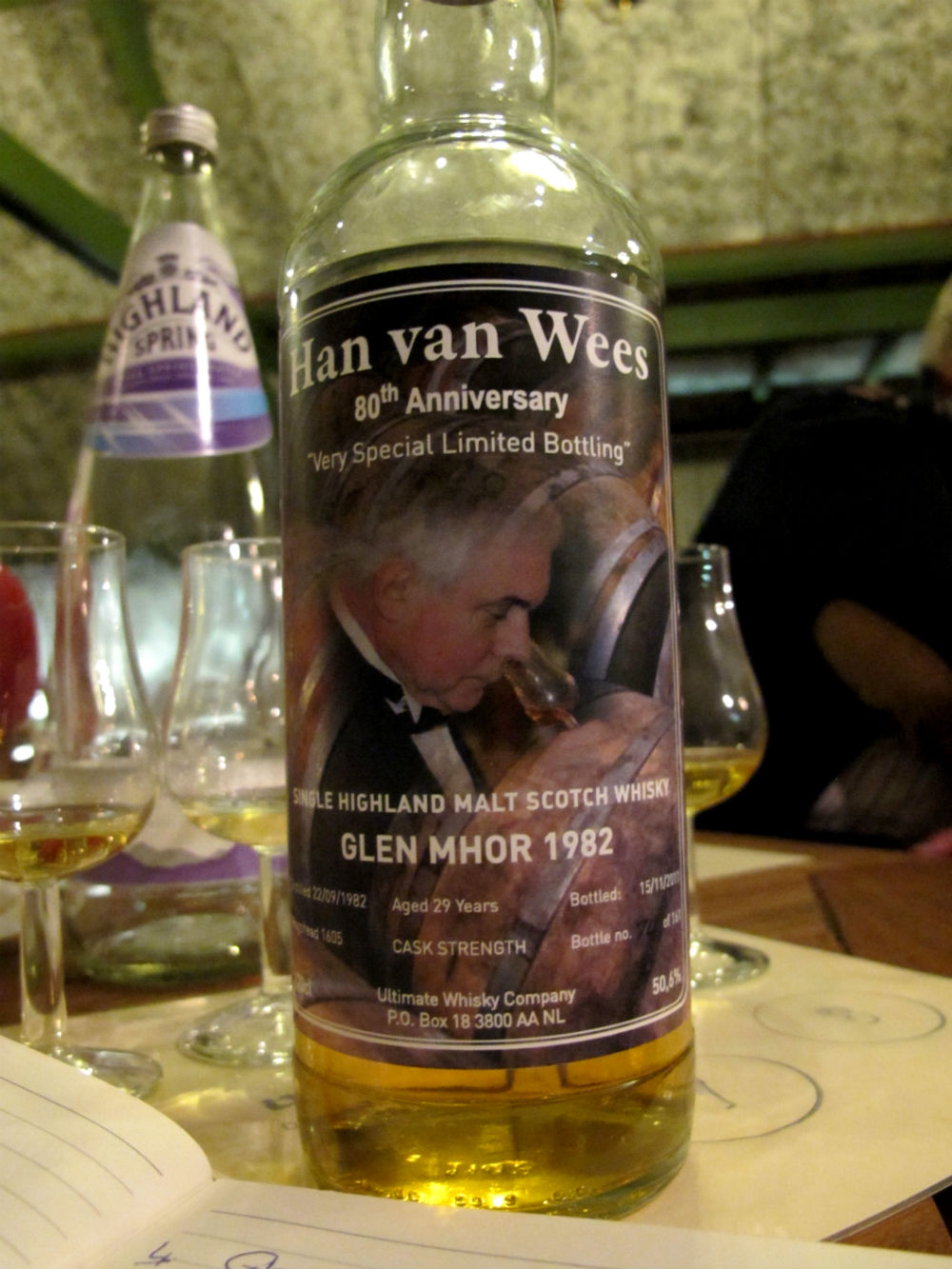 Well.... at first there was glue on the nose. That was something that was first a bit disappointing but hearing around the room that more people got that note strong, it made me set it aside for a bit and come back to it later. Good thing I did because it became on of the favorites of the tasting that night. It took about 5-10 minutes to get rid of that note, and then revealed the sweet layer laying behind it, like cream buns, vanilla custard and some fresh lemongrass.

After some time the palate and nose became more complex and developed sweet soft notes. This was very balanced, thick, chew able and complex. Sweet, dark forrest fruit, flower honey, figs, black liquerish, caramelized fruit, red apples and jam. Some mix of an red onion prepared in a good balsamic vinegar and some sugar. It was a sweet, sour and sugarcane feel. Heavy bilberry jam notes, cassis, and lots of fruit mixed with the sweet vanilla / creme brulee notes.

A good finish, with fruity notes, a little bit of dryness and sweetness of dried apricots. Scored me an 8 out of 10. First it was a 7,5 due to the glue, but the longer I let it stand there, it kept changing and releasing more and more delicious notes. So for complexity it was raised a bit, and it is a great expression. Sadly something I think we never might find to add to the collection due to it being just 161 bottles.
Email ThisBlogThis!Share to TwitterShare to FacebookShare to Pinterest