We could not have a look inside, but walked around the grounds of the Port Ellen Distillery as far as we could. Waiting for our tour at the Port Ellen Maltings, what is next door to the former distillery. 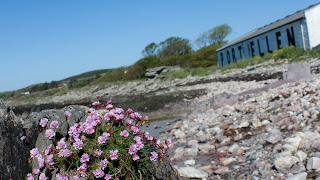 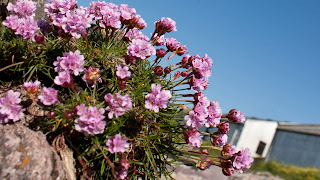 Port Ellen Distillery was founded around 1825 and was silent from 1929 although the malting’s and warehouses continued operating. Rebuilding began in spring of 1966 and completed in April 1967; it had 4 stills, initially heated by mechanical coal stoker, and later converted to steam heated coils.

The distillery closed in 1983 and 20 years later the kiln, mash house, tun room and still room were demolished.

The warehouses are still used by for example Lagavulin to store a part of their casks. There is also to find in these warehouses some of the Port Ellen casks stored there, but that is not much anymore. 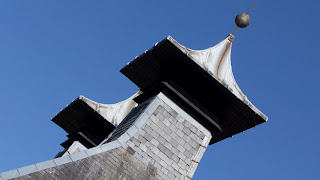